Hospitality and Tourism roughly account for 10 percent of India’s GDP and employ nearly 9 percent of India’s working population and yet, it failed to find space in the Union Budget, FHRAI vice-president Gurbaxish Singh Kohli said

While the ruling BJP has hailed Union Finance Minister Nirmala Sitharaman’s “growth-oriented” budget as one that would “usher in a new era of inclusive growth in India”, the Opposition parties slammed it as a visionless document.

The Union Budget evoked mixed reactions from industry experts with several leaders, especially from the auto, finance, health and infrastructure sectors happy with the announcements made by Sitharaman, but those from hospitality and tourism sectors, reeling from huge losses due to the coronavirus

crisis, rued the lack of “immediate support” in the aftermath of the pandemic.

In a time of unprecedented economic stress, the Govt’s responsibility was to spend enough to revive the economy or else face enormous human suffering. So I had one expectation from this budget: that we should be very liberal in terms of the targeted fiscal deficit. Box ticked.

During her third Budget speech under the Narendra Modi-led NDA government, Sitharaman Monday said the government has estimated a fiscal deficit of 6.8 percent of the gross domestic product (GDP) in the next financial year. However, the fiscal deficit in 2020-21 is estimated to soar up to 9.5 percent due to a rise in expenditure on account of the outbreak of COVID-19

and moderation in revenue during this fiscal year.

Kiran Mazumdar Shaw, executive chairperson, Biocon, said that the Sitharaman’s budget was overall, a reassuring one “with no negative surprises that has buoyed overall sentiment”. RPG Enterprises chairman Harsh Goenka highlighted the budget’s steady focus on infrastructure and ease of doing business. He tweeted:

The lack of immediate support in the Budget has disappointed the tourism and hospitality sector, which is reeling from huge losses due to the coronavirus

crisis, though measures to strengthen infrastructure may help the beleaguered segment, the industry players said.

“Lack of immediate direct support in the Budget has disappointed the Indian travel and tourism industry,” Federation of Associations in Indian Tourism and Hospitality (FAITH) chairman Nakul Anand said.

While infrastructure measures announced in the Budget may boost tourism over the long-term, the opportunity for immediate support has regretfully been missed out, he added.

The Union Budget has given proposals for enhancing rail, road, ports, metro lite infrastructure, and PPP in buses, airports, and ports, including vista coaches in tourist routes.

In a similar vein, the Federation of Hotel & Restaurant Associations of India (FHRAI) said the Union Budget 2021 has disappointed the hospitality industry.

“Hospitality and Tourism roughly account for 10 percent of India’s GDP and employ nearly 9 percent of India’s working population and yet, it failed to find space in the Union Budget,” FHRAI vice-president Gurbaxish Singh Kohli said.

. Instead, it has yet again completely and fully chosen to ignore us, he added.

National Restaurant Association of India (NRAI) president Anurag Katriar said: “As an industry worth Rs 4,23,865 crore which is expected to grow to Rs 5,99,784 crore by 2022-23 and as an industry that employs over 7 million jobs, it was disappointing to see that no specific announcements were made for the restaurant industry as well as the overall Hospitality and the Tourism Sector in the just presented budget”.

On the other hand, OYO India and South Asia CEO Rohit Kapoor said, “The Government’s focus on extending and improving transport (road, railway, metro) infrastructure with nearly 217 projects worth over Rs 1 lakh crore to be completed under National Infrastructure Pipeline will enable travellers to explore hidden gems and therefore bolster the domestic tourism and hospitality industries”.

Additionally, keeping up with the changing times, an overall focus on technology with interventions like incentivising and promoting digital payments will fast track India’s transition into a digitally-enabled economy, he added.

“We expect a full-throttle vaccination programme augmented by the Rs 34,000 crore funding will bring the long-awaited cheer to the sector. People will start flying with confidence for leisure like during Pre-COVID times after being significantly emboldened by inoculation against the virus,” Bird Group ED Ankur Bhatia said.

The budget has allocated Rs 1,088.03 crore for the development of tourism infrastructure. With the coronavirus

crisis restricting not just foreign tourist footfalls into the country but also keeping domestic tourists at bay, the budget has focused on pushing funds for promotion and publicity to help woo tourists back.

Out of the Rs 668.72 crore allocated towards promotion and publicity, Rs 524.02 crore is for the overseas market and Rs 144.70 crore has been kept for domestic tourists. 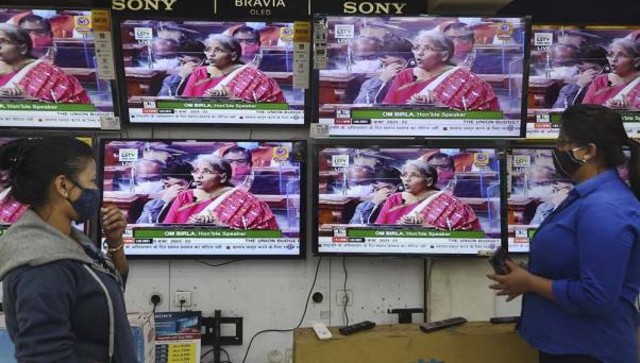 The banking industry on Monday welcomed the Rs 20,000 crore provision for PSBs recapitalisation for the financial year 2021-22.

“The budget rightly strikes a reasonable balance between addressing the key pillars of health and well being, inclusive development, human capital, innovation and R&D, apart from laying the path for a robust economy by providing a major infrastructure boost.

“The array of measures announced are in line with people as well as market expectations and will go a long way to bring the nation back on track by boosting spending on infrastructure and rural development while fighting the pandemic through health-focused measures,” SS Mallikarjuna Rao, MD & CEO, Punjab National Bank said.

As far as the financial sector is concerned, further recapitalisation of Rs 20,000 crore for PSBs in FY2021-22 is a welcome step, he said.

Chandra Shekhar Ghosh, managing director and CEO of Bandhan Bank, said the government has prioritised spending on growth at this stage, in the hope that such growth would help manage the fiscal deficit subsequently.

“A substantial increase announced in the expenditure on healthcare and infrastructure will help boost economic growth, including the MSME sector and generate employment. Overall, it was a growth-centric Budget aimed at securing India’s long-term economic interest,” Ghosh said.

“Union Budget announcements feature bold initiatives and a strong resolve to pump the prime Indian economy. The most fearless and progressive announcement relates to consciously going for fiscal slippage and in that bid, fast forward the V-shaped recovery in a broad-based manner,” said AK Das, managing director & CEO of Bank of India.

Das said the “re-visit of DFI framework, creation of ARC-AMC institution are few moves which provide feel-good dimension to our real sector, including financial stability”.

“It is encouraging to see the FM target policy reforms and boost capital infusion into the infrastructure, SME, and start-up sectors recognising them as engines of growth in the post-pandemic revival. The thrust on digital payments, e-resolution of tax-related disputes, and the first virtual census also underline the Government’s focus and continued thrust on digital infrastructure,” Shome added.

vaccine in the upcoming fiscal.

vaccination in the Union Budget, and said that it would help the country become free of the viral disease.

Dr Reddys Laboratories Ltd said the budget was growth-oriented with a lot of positive interventions and with”something in it for everyone”.

Poonam Khetrapal Singh, the regional director WHO South-East Asia Region, said one of the greatest lessons this pandemic has taught the world is that health needs to be a priority.

pandemic, but to build a stronger and resilient health system. India has been demonstrating this. India has not only proactively and belligerently dealt with the pandemic, it has and continues to support countries in the South-East Asia Region and beyond providing essential medical supplies and now vaccines, to protect the vulnerable populations against the pandemic,” she said.

pandemic was an unprecedented medical crisis and it underlined the importance of building resilient healthcare infrastructure.

“Today, the finance minister said health was her first pillar, and her announcements to develop primary, secondary, and tertiary healthcare systems, greatly gladdened my heart. This ground-breaking focus on health which will provide access to medical care for all in our country, fuel job creation, and boost economic momentum.” Reddy said. “The allocation of Rs 35,000 crores for COVID-19

vaccines and more if required, makes our glorious nation stand tall as a model for the world,” he said.

Dr Ashutosh Raghuvanshi, the managing director and CEO of Fortis Healthcare, said, “The 137 percent increase in the healthcare budget from last year is notable. Further, an infusion of Rs 35,000 crore for vaccine development and distribution, ensuring preventive health and frontline health and allied workers’ skills building along with surveillance on infections, reinforces Government’s assurance on public health programmes.”

“We feel that the steps are necessary to boost healthcare infrastructure and the private healthcare sector will continue to stand with India and support the Government initiatives,” he said.

Speaking about the budget allocations on the health sector, Oxfam India CEO Amitabh Behar informed that while the commitment of a 137 percent increase is welcome, this is spread across the next six years.

vaccination might be insufficient to ensure free, universal, and timely vaccination given that it would cost Rs 52,000 crores. The allocation for National Health Mission, however, has witnessed a 4.4 percent increase. Despite frontline health workers such as Anganwadi and Asha workers being at the forefront of the COVID response, the Budget fails to allocate funding for ensuring minimum wage and insurance for all frontline health workers,” Behar added.

Behar also said that the “Union Budget 2021 has failed to address inequality and offer redistributive justice to those whose lives were disrupted by the pandemic”.

“The focus on inequality is completely missing from the FM’s budget speech and the budget. Oxfam India’s recent report highlights that India’s 100 top billionaires saw their fortunes increase by Rs 12,97,822 crore during the crisis at the time when 84 percent of households saw a fall in income,” Behar said in a statement released by the NGO.

The textile industry on Monday welcomed the announcement on textile and apparel parks. In a statement, the Indian Texpreneurs Federation (ITF) appreciated the thrust given to the textile sector by proposing the seven mega integrated textile region and apparel parks (MITRA).

“With the concept of the parks with a plug-and-play model, the textile and apparel sector, particularly the SMEs (small and medium enterprises), can build competitiveness in manufacturing,” ITF convenor Prabhu Dhamodharan said in a statement.

Also lauded was the mention of a three-year period to capitalise on the opportunities emerging from China and Tamil Nadu with a robust manufacturing ecosystem, he said.

Welcoming the budget, the president of Tirupur Exporters Association Raja M Shanmugham termed it as a pragmatic one presented to address all issues in the sectors.

On rationalisation of duties on raw material for man-made textiles, both Dhamodharan and Raja Shanmugham welcomed the reduction of the basic customs duty on nylon chips, nylon fibre, and yarn.

Shanmugam was thankful for allowing a new tax exemption for the notified affordable rental housing projects, which was requested by the association in the pre-Budget memorandum to support migrant workers.

He was all-praise for allowing women to work on nightshifts with adequate protection.

You no longer need an invite to join Clubhouse