Incentives on scrapping old vehicles and replacing them with revised emission norms compliant vehicles will catalyse automotive production and sales. 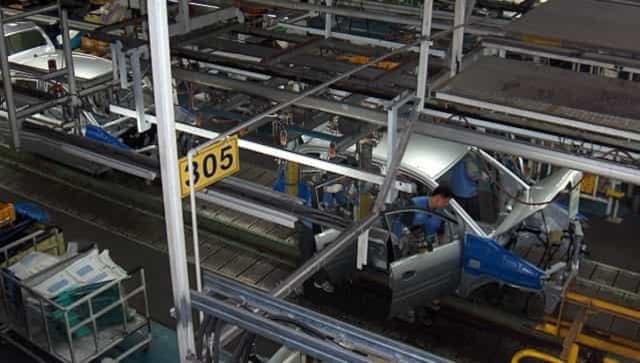 The Indian automobile industry has travelled a long road to emerge as one of the largest contributors to the manufacturing sector. However, the last two fiscal years have been rough, creating a large dent in the otherwise normal double-digit growth seen through the last decade.

According to the Society for Indian Automobile Manufacturers (SIAM), the sector witnessed de-growth of 14.73 percent from April to March 2020. Hopes of revival were further hit by low demand and disruptions caused by the COVID-19

The automobile industry’s success is critical for India’s ambition of joining the $5 trillion economies’ club by 2024-25. The Automotive Mission Plan 2016-26 targets a three-fold growth for the automobile sector and expects it to contribute over 12 percent of India’s GDP. Hence, the government’s support for the struggling automobile sector is crucial for its strong comeback.

The industry expects the 2021 Budget to deliver a much-needed policy framework that stimulates new investments in the sector. This becomes more critical given that the sector is on the brink of migrating its core product, i.e., internal combustible engine to an electric motor supported by lithium-ion batteries. This creates more challenges, market uncertainties, and there is a need for substantial investments in R&D and production facilities.

The existing timelines under PMP should be deferred as the EV market in India is still at a nascent stage. The automakers, based on market response, will need time before they decide to set up full-blown EV manufacturing facilities in India. Further, the BCD rate on import of completely built-up units of EVs may also be temporarily reduced from the current rate of 60 percent/100 percent (depending upon CIF value) to help automakers test the Indian market without doubling up their import costs due to duties.

The recently announced Production Linked Incentives (‘PLI’) scheme promising incentives of over Rs 18,100 crore for indigenous manufacture of advanced chemistry cell batteries (Li-Ion battery) and another Rs 57,000 for automobile and auto components, is encouraging. The government should quickly implement the schemes with sufficient window for investors to assess and submit their applications.

The proposed PLI schemes, existing at a lower bracket of 5 percent GST rate and further alignment of Customs duty rates on import of EV components/sub-assemblies will send out a strong message globally that India is ready to
serve as a reliable manufacturing base for EVs.

There is an urgent need to boost consumer’s automobile purchasing power, which has gone downhill in the last two fiscals. While limited fiscal room can act as an impediment to reducing the Income-Tax rates, special tax deductions for interest on loan for vehicles, similar to the deduction for electric vehicles, may be considered. Further, the existing 15 percent depreciation rate for motor vehicles may be revised to 25 percent or 30 percent.

Huge investments are needed by the automobile sector in RD. A weighted deduction may be allowed for the expenditure on R&D up to 200 percent. Similarly, the liberation of threshold limits and conditions for claiming additional employee cost deduction will also help reduce the overall cost of manufacturing vehicles.

GST rates on internal combustible engine-based vehicles continue to the highest and go up to 50 percent (28 percent base GST and 22 percent cess) for SUVs and luxury segments. The sales in these segments have taken a severe toll, and there is a need for immediate support to prevent further damage. GST rates may be reduced for these segments, if not permanent then temporarily, to help boost demand and support their survival.

The scrappage policy for automobiles is long-awaited by the industry. Incentives on scrapping old vehicles and replacing them with revised emission norms compliant vehicles will catalyse automotive production and sales.

Industry gears up for Budget

The 2021 Budget could be a game-changer and timely for the Indian automobile industry. The overall outlook is very positive. All eyes are set on how the government will deliver the measures to increase fresh investments into the sector and also to support consumers considering buying their own vehicles.

Saurabh Kanchan is Partner with Deloitte Haskins and Sells LLP and Sheena Sareen is Senior Manager.