In order to make taxation processes faceless, the National Faceless Income Tax Appellate Tribunal Centre shall be established with the facility of personal hearing through videoconferencing. 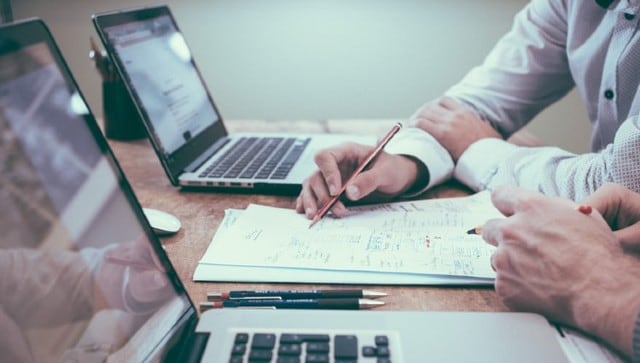 To make governance simple for taxpayers and for the Income Tax Department, the government had introduced a series of direct tax reforms providing benefit to taxpayers with an aim to boost the economy by increasing tax collection. In course of these reforms, corporate tax rates have been slashed significantly and the Dividend Distribution Tax too was abolished. Further, to eliminate the burden of taxation on small taxpayers’, the government had increased the rebates to lower the tax liabilities. Due to these efforts and reforms in 2020, we have witnessed a sharp increase in the return filers from 3.31 crores in 2014 to 6.48 crore.

This Union Budget is focused more on infra, agriculture, power and education sector. However, there are few areas in the direct and indirect taxation where remarkable changes have been proposed.

Presently, non-resident Indians (NRIs) are facing difficulty in respect of the taxability of accrued income lying in their foreign account at the time of returning to India or in repatriation to India. This happens due to unequal taxation laws and rates between the earning country and India. In some cases, it leads to double taxation in the hands of NRIs. Further, getting credit in the foreign jurisdiction for additional taxes deducted on the transfer or repatriation is a pain point.

To make the process simple and smooth, in Budget 2021 the finance minister has announced some new rules proposed to be notified. By notifying these rules, tax laws will become simplified for NRIs and they will also get credit easily for the tax deducted in India. This will avoid the situation which leads to double taxation.

There is another massive push by the government to encourage the Digital India Movement, which is its main focus for quite some time. The government has increased the threshold limit for tax audit from Rs 5 crores to Rs 10 crores for entities who comply with the norms of 95 percent of the transactions in digital mode.

To encourage small taxpayers and to increase their numbers, the government has been pushing for eases in tax compliance and tax autonomy. For this, the government has proposed the setting up of a new committee known as ‘Dispute Resolution Committee’ in order to further reduce litigation for small taxpayers, which will be faceless to ensure efficiency, transparency and accountability for those individuals having a taxable income of up to Rs 50 lakh and disputed income of up to Rs 10 lakh.

In order to make taxation processes faceless, the National Faceless Income Tax Appellate Tribunal Centre shall be established with the facility of personal hearing through videoconferencing.

The focus of the government is growing and it is committed to providing all kinds of ground support in this process. Remarkably, in this Budget, the government has proposed provisions for providing relief to the taxpayer regarding the reopening of earlier year assessment. The time-limit for reopening of the assessment has been reduced to three years from six years. Even for serious tax evasion cases too–only if there is no evidence of concealment of income of Rs 50 lakh or more in a year with prior approval of the Principal Chief Commissioner or highest level otherwise–there will be no change in the assessment re-opening period of 10 years.

To facilitate the small taxpayers, major changes have been announced in Budget 2021:

Before describing the change, let us understand the meaning of Pre-filled data. Pre-filled data means some of the required information is auto-populated from external sources in your Income Tax Return.

Only an individual who is of 75 years of age or more having a pension and interest income is exempt from filing ITR. Moreover, in the case of an Individual of 75 years or more, the liability of necessary tax deduction is now transferred to the paying bank.

The writer is Founder and Chairman, HostBooks Ltd

AC Milan Would Have Won Serie A, If I Had Been Here From The Start: Zlatan Ibrahimovic

Subscription Boxes Dads Will Enjoy Over and Over