The digital media space has been attracting substantial foreign investments in the last few years and has been creating significant employment opportunities in India. 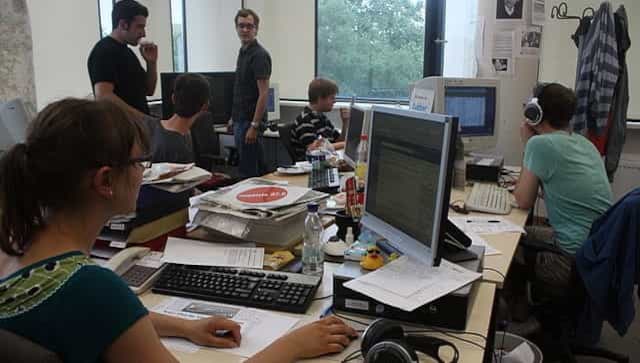 As India Inc. takes small but focused steps towards the restoration of economic normalcy after two consecutive quarters of economic contraction due to the shock caused by the COVID-19

pandemic, the most severe one after the Spanish Flu in 1918-1919, the expectations from Budget 2021 are at their peak.

Finance Minister Nirmala Sitharaman has set the tone for these expectations by describing Budget 2021 as a never before event – ‘100 years of India wouldn&#39;t have seen a Budget being made post-pandemic like this’.

The media and entertainment (M&amp;E) sector is a significant part of the economy both in terms of its size and employment generation. During FY 2020, the sector grew at a slower rate of 7.4 percent to reach Rs 1.75 trillion as compared to a growth rate of 13.2 percent in FY19.

The economic slowdown prior to the COVID-19

outbreak had negatively impacted the M&E sector with traditional modes of print and television witnessing a substantial decline whereas new age media digital media, OTTs and the gaming segment continued to grow.

The pandemic is likely to lead to a contraction by up to 20 percent in FY 2021 in the sector with the traditional segments, viz. television, print, cinemas continuing to witness a steep decline in businesses compared to
technology-based New Age digital media platforms, OTTs, gaming etc.

The Indian M&E sector still derives a significant portion of its revenues from advertising, though the pandemic has resulted in faster adoption of subscription models. The growth in the M&E sector depends invariably on the overall growth in the economy including the key sectors such as FMCG, real estate, financial services, automotive and e-commerce, which tend to contribute significantly towards the growth in advertising.

Budget 2021 should focus on providing a quick and immediate injection of stimulus and undertake reforms to increase consumption in the Indian economy.

From a tax perspective, in the recent past, the government has come out with various reforms, both on direct tax and indirect tax, to provide stimulus to the economy including the M&E Sector. However, given the disruption caused by
COVID-19

and green shoots being witnessed in the New Age digital media segment of the M&E sector, here are some of the key expectations from Budget 2021:

The digital media space has been attracting substantial foreign investments in the last few years and has been creating significant employment opportunities in India.

The government had announced an FDI limit of 26 percent in the digital media sector including OTTs. It should consider increasing the FDI limit to 49 percent as this will create a level playing field with companies operating in the news broadcasting segment and attract greater foreign investment.

Amend Section 72A of I-T Act

The post-pandemic economic environment will witness a lot of consolidation in different segments of the M&E sector. Under the present provisions of the I-T Act, in case of amalgamation of companies, losses of the amalgamating company are allowed to be carried forward to the amalgamated company only to a certain class of business activities. Section 72A of the I-T Act should be amended to include M&E companies in the list of business activities.

The New Age digital media, gaming, VFX and OTTs segments are attracting a lot of young minds and talent in India. Given the immense potential these segments provide, the I-T Act should be amended to extend the concessions under Section 80-IAC beyond 1 April, 2021. In addition, the government had provided registered startups with an exemption from ‘Angel tax’ under Section 56(2)(viib)of the I-T Act in case amongst other conditions the paid-up share capital and share premium of such startups is less than Rs 25 crore. Given the significant capital raised by startups engaged in digital media, the VFX and the gaming segment, the government should increase this limit manifold.

It should also look at the long-standing demand of the M&E sector to defer the taxation of ESOPs, which constitute a significant portion of employee compensation, to exercise as opposed to vesting.

The writer is Partner M&A and PE Tax, KPMG in India.