Most of the key announcements from the Budget are in line with the central theme of ‘Aspirational India, Economic Development, A Caring Society’. 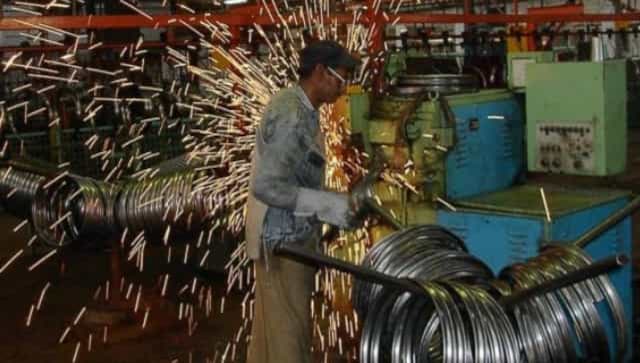 . Most of the key announcements from the Budget are in line with the central theme of ‘Aspirational India, Economic Development, A Caring Society’.

Here are some of the major takeaways from the Union Budget 2021 along with the key announcements as far as the manufacturing sector is concerned:

Although the fiscal deficit has been pegged at 9.5 percent in the Budget, this is a necessity to cure ailing industries, particularly the medium, small and micro enterprises (MSMEs). The tax reform measures have been tweaked to enable metal recyclers to flourish, particularly when it comes to the import of steel and copper.

To enable the textile industry, the import duty on raw materials has also been slashed. That is apart from the major announcement of the creation of 7 mega textile parks in the country (Mega Investment Textiles Parks (MITRA)), in addition to the production-linked incentive scheme, over three years.

Another sector that received a big boost was infrastructure with 100 more airports by 2024 to support the UDAN scheme and the operation of 150 passenger trains to be done through the public-private partnership (PPP) model.

The fishing industry will see an increase in import duty of prawn feeds to enable the local MSME sector, while the increase in duty on solar inverters and lanterns is aimed at promoting domestic production.

The increase of foreign direct investment in the insurance sector from 49 percent to 74 percent is likely to boost demand in the automotive sector as this may result in better insurance policies for automobile buyers and other insurances pertaining to road transport.

The partnership with UAE and Japan in the area of skill development and recognition is another initiative aimed at improving the manufacturing competitiveness of the nation.

The scheme proposes to give incentives to companies on the incremental sale of products manufactured in the country. Furthermore, the scheme is expected to cut down import bills, reduce dependency on China and also absorb the country’s growing workforce.

This policy will help encourage fuel-efficient and environment-friendly vehicles, thereby reducing vehicular pollution and oil import bills. Recently, there was a proposal to levy a ‘green tax’ on old transport vehicles. According to it, transport vehicles older than eight years could be charged a green tax at the rate of 10-25 percent of road tax at the time of renewal of fitness certificate.

The policy will not only reduce environmental pollution and boost auto sales but could also make vehicles cheaper for consumers. The metal from scrapped old vehicles will be reused by automakers and will bring down the manufacturing cost of new vehicles. This reduction in prices is likely to be transferred to consumers in the form of reduced prices for new vehicles.

The writer is Principal Consultant, Manufacturing and Process Consulting Practice, Frost and Sullivan

Lucky To Have Been Retained As England Captain After 2015 World Cup Debacle: Eoin Morgan