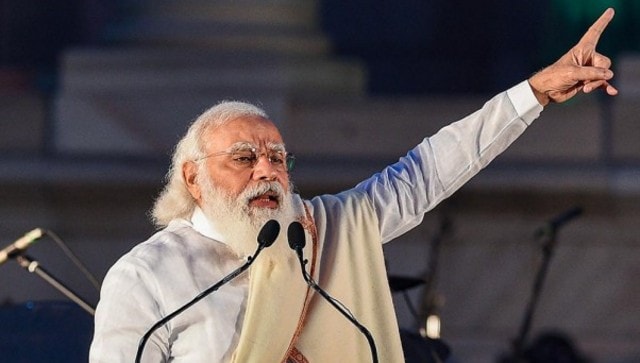 As India navigates its way from a phase of unprecedented turbulence with grit and resilience, all expectations hinge on a stellar Budget that is expected to serve as a blueprint for economic recovery, augment trade facilitation measures and align with the prime minister’s avowed objective of converting adversities to opportunities. It is optimistically hoped that there will be a fine balance between the interests of trade and revenue collections.

Firstly, the upswing of the economy completely depends on the revival of the Micro, Small and Medium Enterprises (MSME) sector. Hence, we must address pertinent questions such as delayed payment of interest/consideration payable to MSME sector by the government. Other relevant aspects include whether provisions such as anti-profiteering should be applicable to the MSME sector and whether there should be threshold exemption for applicability of anti-profiteering.

Introduction of GST in various countries was a causative factor for surging inflation. To safeguard against such a hike in prices in India, the anti-profiteering measure was introduced so that the benefits arising from rate reduction and increased input tax credit could be passed to the consumers. The orders passed by the Anti-Profiteering Authority have triggered a multitude of litigation in the background of a glaring absence of legislative guidance to quantify profiteering and the unbridled delegated powers.

While the Delhi High Court is presently seized of a batch of petitions that have challenged the constitutional validity of the anti-profiteering measure, the trade would greatly benefit from the introduction of a mechanism to measure such profiteering. Furthermore, measures to ensure an expeditious and glitch-free migration to the new return filing system that is broadly synchronous with the digital architecture envisioned by the GST laws at the time of implementation shall mitigate the compliance woes presently encountered by the MSME entities.

Secondly, the country cannot afford the trust deficit between the government and the taxpayers. While the government has been relentlessly working to curb tax evasion, a move towards decriminalisation of offences would help the economy in the long run. For instance, to tackle the menace of fraudulent tax credits, rules have been framed to restrict the availment of credits qua invoices that were not disclosed by vendors. Tax authorities have been empowered to restrict the utilisation of credit without giving notices to taxpayers.

In another recent development, the provisions curtail the ability of specified classes of assessees to exhaust the legitimate credits by mandating a cash disgorgement to the tune of 1 percent of the gross liability. While the arbitrary nature of the aforesaid restrictions and powers have rendered the provisions vulnerable to judicial review, it is undeniable that the GST law in its present form has adequate safeguards to address unscrupulous claims of credits.

Despite such safeguards, there continues to be a rampant increase in arrests. An arrest made, in the case when provisions merit judicial interpretation, shall trigger unfathomable ramifications for India Inc. With a surge in pending arrest matters under GST, a set of comprehensive legislative guidelines to use the arrest weapon frugally in exceptional circumstances rather than as a norm is the need of the hour.

Thirdly, there is a need to improve the balance of payments and hence appropriate measures to provide relief to exporters must be taken pragmatically. For instance, intermediary services to recipients outside India do not qualify as exports in spite of the inflow of foreign currency because the place of supply of such services is in India.

It is also worth highlighting that several exporters holding valid licenses to import duty-free materials under Advance Authorisation Schemes of the Foreign Trade Policy have been subjected to investigations based on issues such as non-fulfilment of a ‘pre-import condition’ and IGST exemption denial for exporters not exporting under bond. While these issues are pending before courts, an administrative instruction directing the cessation of proceedings shall ease the burden of various bonafide exporters who have met substantive conditions fastened to duty benefits under the licenses.

The GST rate structure presently comprises of multiple slabs with a further levy of GST compensation cess on select commodities. Rate rationalisation by shifting most of the supplies to the new 16 percent rate shall aid in broadening the tax base and mitigate the deepening of inversion faced by several industries. A GST law that aligns itself with the vision of ‘One-Nation One Tax’ and lends itself to the ‘ease of doing business initiative’ shall go a long way in securing the confidence of India Inc which is a vital cog in charting India’s path to becoming an economic superpower. A move today in that direction will avoid a stalemate tomorrow.

The writer is Partner at Khaitan and Co.