Virat Kohli Made His Test Debut On This Day In 2011 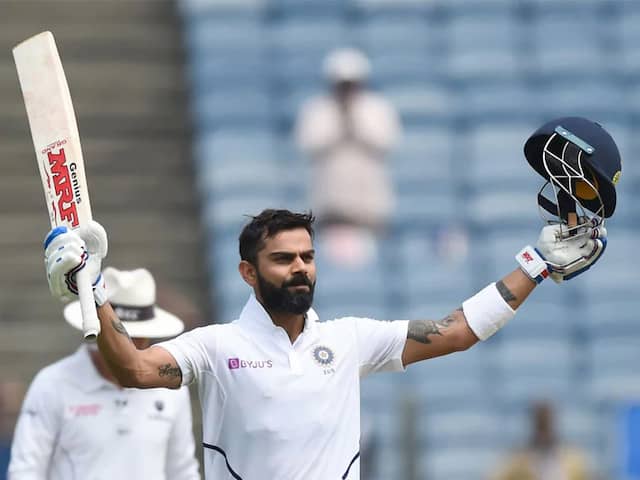 Virat Kohli since than has gone on to score 27 centuries in Test cricket.© AFP


It was on June 20, 2011, when current India skipper Virat Kohli made his debut in the longest format of the game. He made his debut against West Indies at Kingston, Jamaica. The right-handed batsman did not have a good show with the bat in his first Test as he just managed to score 19 runs in the entire match. In the first innings, he just managed to score four runs. Kohli came into bat at number five position and was sent back to the pavilion by Fidel Edwards.

In the second innings, Kohli scored 15 runs from 54 balls and was eventually dismissed by Fidel Edwards again.

India eventually went on to win the match by 63 runs. Since his Test debut, Kohli has left a huge mark on the game.

Kohli played a knock of 254 against South Africa at Pune in 2019 and this remains his highest Test score to date.

The comparisons between Kohli and Sachin Tendulkar have also kept on growing and many have picked the current Indian skipper to break the records set by Tendulkar.

Tendulkar managed to call time on his career after registering 100 international centuries, while Kohli currently has 70 centuries across all formats.

Currently, Kohli is ranked at the top spot in the ICC ODI rankings while he is in the second place in Tests rankings.

Jennifer Lopez Surprises Her Son With Adorable Addition to the Family