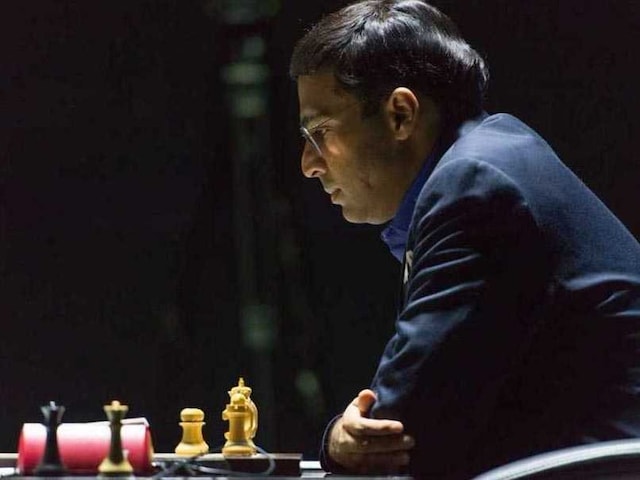 This is Viswanathan Anand’s maiden appearance on the Magnus Carlsen Chess Tour.© AFP


Indian Grandmaster Viswanathan Anand suffered his fifth straight defeat in the USD 150,000 Legends of Chess online tournament, going down 2-3 to Peter Leko of Hungary. The former world champion got off to a good start and won the first game of the best-of-four contest. The next two games were drawn before Leko levelled by winning the fourth. The Hungarian then claimed the Armageddon (a tie-breaker) to ensure Anand remain winless and at the bottom of the points table.

Anand, who is making his maiden appearance on the Magnus Carlsen Chess Tour, had earlier lost to Peter Svidler, Magnus Carlsen, Vladimir Kramnik and Anish Giri.

World no. 1 Carlsen bounced back strongly to avoid an upset, beating veteran Vasyl Ivanchuk 3-2 to stay on top.

Legends of Chess is a unique event where Carlsen, Liren, Nepomniachtchi and Giri, semifinalists at the Chessable Masters (part of the Magnus Carlsen Tour), received an automatic invite and are up against six legends aged 40-52, who have been at the top of world chess at various points in their career.

The tournament is part of the Magnus Carlsen Chess Tour.

The winner of this event will qualify for the $300,000 Grand Final scheduled from August 9 to 20.

Xiaomi one of the first brands to roll out Android 11 update: Features revealed