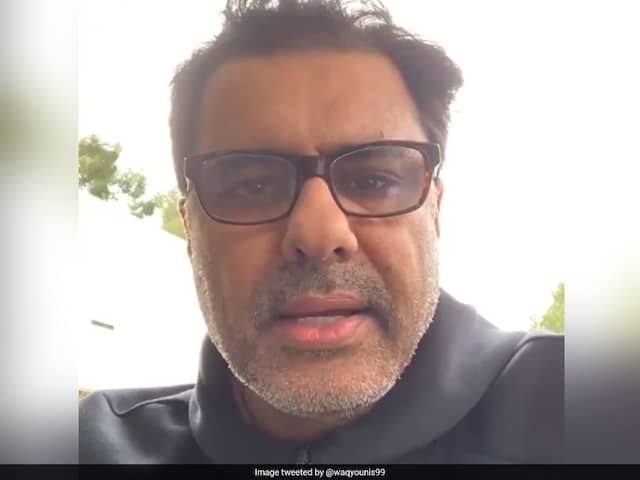 
Waqar Younis, former Pakistan captain, took to Twitter on Friday to post a video in which the fast bowler announced that he will no longer use social media. Waqar Younis, in the video, said that someone hacked his account and liked an obscene video that has affected him and his family. The former fast bowler also said that this is not the first time that this hacker has done such things from his account. “Today I have to say with deep regret that when I woke up this morning, someone hacked my Twitter and liked an obscene video from my account,” Waqar said.

Waqar’s comments came after his name started trending on Twitter as fans started criticising the former Pakistan cricketer after an obscene video was liked from his account.

Waqar mentioned that his perception towards social media has changed after this incident.

“It is a shameful, regretful and painful thing for me and for my family. I used to think that social media is a platform to interact with your loved ones and people but unfortunately this is not the first time this man has done it (hacked my account) and it looks like he won’t stop so I have decided to distance myself from social media from today onward.

The 48-year-old former cricketer also apologised to his fans and said that he will not use social media again.

“For me, my family is more important and you will not see on social media after today. I’m sorry if anyone is hurt by this,” Waqar concluded.