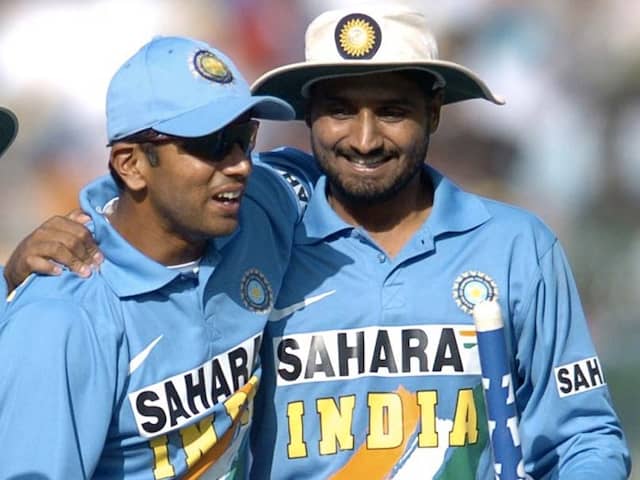 
Rahul Dravid is not only one of the best batsmen to ever play the game but also one of the best close-in fielders India have ever had. A mainstay of India’s slip cordon, the batting great was just as good at short-leg and silly point. One of the safest hands in world cricket, Rahul Dravid has taken many a spectacular catch and fortunately for all cricket lovers, India spinner Harbhajan Singh shared a video of his former teammate’s classic catches. India off-spinner Ravichandran Ashwin and former India cricketer Aakash Chopra were full of praise for Dravid’s catching abilities.

Agree 100%. Wonderful hands. I also kept telling Jam to field at short-leg….but he wouldn’t come in. Too modest to admit that he was indeed the best in the playing XI at that positionhttps://t.co/9OLW6lsjMQ

Rahul Dravid has played a whopping 164 Tests for India and besides scoring 13,288 runs at an average of 52.31, he also has 210 catches to his name in the longest format.

Dravid’s 210 catches is the most by a player in Test cricket history. Only two other players have taken 200 catches or above. Behind Dravid is Sri Lanka legend Mahela Jayawardene who took 205 catches in 149 Tests.

VVS Laxman is the next best Indian, having taken 135 catches in 134 Tests while Sachin Tendulkar took 115 catches in 200 Test matches.

Dravid has also played 344 ODIs, amassing 10,889 runs at an average of 39.16. The stylish right-hander donned the wicketkeeping gloves multiple times in the ODI format and has a total of 196 catches and 14 stumpings to his name.

Ricky Ponting is second with 160 while Mohammad Azharuddin (156) and Sachin Tendulkar (140) are third and fourth, respectively.

Enter a call even after missing it. Here’s how

US Open To Go Ahead As Planned: Reports