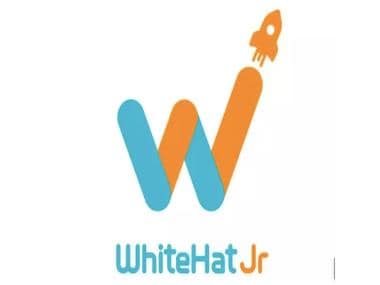 The court order restricts Poonia from accessing WhiteHat Jr’s internal communication channels or making any of its information public until 6 January.

An ad-interim injunction was granted by the Delhi High Court on 23 November to Byju’s-owned coding platform, WhiteHat Jr, and its founder Karan Bajaj, who filed a defamation lawsuit against Pradeep Poonia, a YouTuber, who has been a critic against the company for its alleged malpractices and misleading advertisements. The court has ordered Poonia from publishing the communication and chats of WhiteHat Jr and its employees, which Poonia allegedly obtained by hacking the company’s internal communication on the messaging platform Slack.

Poonia has been restrained to making any information he has on Whitehat Jr public until the next court hearing on 6 January 2021.

Poonia runs a YouTube channel called WhiteHat Sr, which claims to offer a curriculum similar to WhaiteHat Jr for free. In the lawsuit, Bajaj and his company have alleged that Poonia has infringed their trademark, copyright and invasion of privacy.

The restriction also extends to not using the name ‘WhiteHat’ for his Youtube channel, commenting about the teaching staff online. Poonia has also been ordered to remove the tweets where he accuses WhiteHat Jr of running a “pyramid scheme”.

“There’s a narrative being played around that we are suppressing criticism, whereas, we are welcoming fact-based criticism and making amends wherever necessary as we did recently with our marketing campaign,” Bajaj told the Economic Times.

Another report by Mint quotes Advocate Swathi Sukumar, who is representing Poonia, argue that there was no infringement of trademark as fair criticism falls under the exception of ‘parody.

Delhi Hc refused to grant a sweeping injunction against me as #WhiteHatJr wanted in their 20 Cr suit
They keep trying to silence dissent and have failed. AGAIN!
Thanks to all of you who supported me! Let’s continue to fight for transparent and ethical biz practices @SukumarSwathi

Why #WhiteHatJr did this desperate lawsuit to silence me? They don’t want me to show you THIS.
June’19: A WHJ teacher asks may I know about these kids from WHJ ads who became CEO and see their apps?@realkaranbajaj: “Now we will have to create the app :D”#Byjus #WolfGupta
PROOF: pic.twitter.com/QjlkV1jlio

WhiteHat Jr has also filed another defamation lawsuit of Rs 14 crore ($1.9 million) against angel investor Aniruddha Malpani. The lawsuit against Malpani includes several tweets deemed as “derogatory imputations”. It also alleges that Malpani has been against the company because he is an investor in a rival named Bibox Labs and seeks a permanent injunction restraining defamation, unfair competition, infringement of trademarks, damages and more.

The systematic harassment by #WhiteHatJr to try to silence honest criticism against them continues ! They have now filed a case against me, suing me for Rs 14 crores ! Fortunately for me, truth is a strong defence against an allegation of defamation !https://t.co/scGU6VGNg2