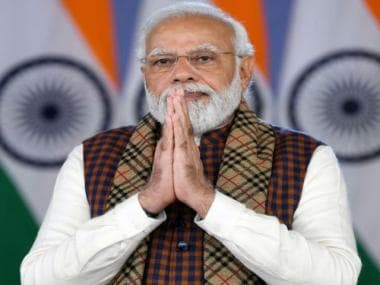 The Congress under UPA-I and II introduced a host of transformative welfare measures like the NFSA, the MNREGA and the National Rural Health Mission, but failed miserably in packaging and presenting them so as to create touchpoints with the electorate

Given the upcoming Assembly elections in five states, Budget 2022-23 was expected to include a healthy does of strategic welfarism, a hallmark of the Narendra Modi government and a major driver of the BJP’s electoral success in 2019. Belying assumptions, the thrust is towards infrastructure and capital expenditure, projected to rise by a whopping 35 per cent.

Either the BJP is supremely confident of its prospects in the election-bound states, or the government has conceded that populist measures are unsustainable without increasing the size of the GDP pie. Historically, financial concerns have never interfered with electoral sops, but the Modi government has gone the other way, by reducing food and fertilizer subsidies.

Expectations that the PM Kisan Samman Nidhi Yojana, which gives an annual cash payout of Rs 6,000 to farming families, would be expanded in scope and volume have fallen flat. The outlay of Rs 68,000 is only fractionally higher than the revised estimates for FY 21.

The government shied away from doubling the amount and/or bringing landless agricultural workers under the PM-KISAN umbrella, as farm activists had demanded.

As for MNREGA, the allocation of Rs 73,000 crore is the same as FY 21 and substantially lower than the revised estimates. That for the mid-day meal schemes is also lower than the previous year. Overall, the food subsidy allocation under the National Food Security Act (NFSA) has been reduced by a third, while that of fertilizer is down by 25 per cent against revised estimates.

Nor did the government rely on traditional populist measures such as crop loan waivers (like P Chidambaram in 2008), or higher allocation for public crop insurance under the PM Fasal Bima Yojana (PMFBY).

But data does not capture emotion. Smart politics does, and this is where Narendra Modi shines. By declaring Rs 2.3 lakh crore worth of procurement, he has not only allayed fears of the price support (MSP) mechanism being phased out, but indicated that wheat and paddy farmers across several states have an income guarantee.

Granted, only 14 per cent of farmers benefit from MSP, but these are the vocal few who can parley votes – the ones who held the government to ransom over the farm laws of 2020. A majority belong to the green revolution areas, including election-bound Punjab and Uttar Pradesh. PM-KISAN caters to the rest.

The provision for DBT (direct benefit transfer) of cooking gas subsidy has also been expanded by 18 per cent, although, with LPG penetration nearing saturation point, the budget for the Ujjwala (cooking gas) Yojana has been halved.

The BJP will continue to leverage its ‘new welfarism’, so called because it focuses on tangible services rather than traditional sectors like health and education. The progress in provision of bank accounts and rural assets like cooking gas, sanitation, electricity, housing and water, besides cash transfers, arguably buoyed the BJP’s electoral fortunes in 2019.

Every political party in Uttar Pradesh is targeting the women’s vote, notably Congress leader Priyanka Gandhi Vadra. But it is the BJP that can point to financial inclusion of women through bank accounts (Jan Dhan), besides primarily women-focused services like sanitation, housing, clean cooking fuel, health insurance and potable water in the tap.

At the state level, UP chief minister Yogi Aditynath’s USP has been law and order, and independent surveys have indicated that women voters are swayed by his no-holds barred war on crime.

The Congress under UPA-I and II introduced a host of transformative welfare measures like the NFSA, the MNREGA and the National Rural Health Mission (NRHM), but failed miserably in packaging and presenting them so as to create touchpoints with the electorate.

As a result, the prevailaing conventional wisdom was that vikas (development) of the bijli-sadak-pani variety does not translate into votes. Enter Narendra Modi. He turned vikas into a mantra and made it work for him. An emphasis on public delivery accelerated power generation and electrification, road construction and water availability, and the voter knows it.

His popularity created space for reform, enabling him to ‘get away’ with unpopular measures like demonetisation and Goods and Services Tax (GST). He not only did away with cooking gas subsidies for middle classes, but managed to enhance his voter appeal (through the ‘Give It Up’ campaign) as he did so.

That said, there has been a palpable disconnect between the BJP’s fortunes in state and national elections, the obvious reason being that the credit for these highly centralised welfare schemes goes to Modi, rather than the state satraps. Thus, the question in not so much about freebies, but whether Yogi and other state-level leaders can leverage Modi’s programmes.

Bhavdeep Kang is a freelance writer and author of Gurus: Stories of India’s Leading Babas and Just Transferred: The Untold Story of Ashok Khemka. The views expressed in this article are those of the author and do not represent the stand of this publication.

Crypto assests are being taxed at 30%, but like cocaine they are not legal yet

Ropeway connectivity under Centre’s ‘Parvat Mala’ plan brings hope in poll-bound Uttarakhand, may be a game changer in the hills

Ropeway connectivity under Centre's 'Parvat Mala' plan brings hope in poll-bound Uttarakhand, may be a game changer in the hills

Petrol price in Delhi to get cheaper by Rs 8 per litre as govt slashes VAT to 19.40%