With a strong policy focus in RE, measures remain positive to support investments 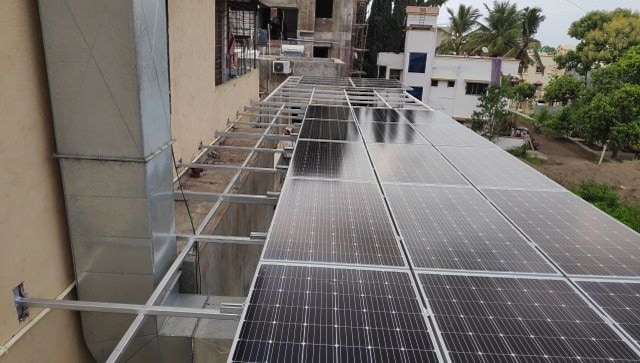 The Government of India’s (GoI) policy focus on renewable energy (RE) investments and in reducing carbon footprint in the country remains strong. At the policy level, the GoI has recently announced a path towards net-zero carbon emission by 2070 as well as stepped up its plan to further increase the non-fossil fuel-based capacity to 500 GW (from the earlier announced level of 450 GW) by 2030 from 150 GW currently, to meet 50 percent of the energy requirement from renewable sources by 2030. Budget 2022 measures are thus aligned in line with policy focus and remain positive to support the investment requirements in RE.

The measures announced in the Budget to introduce sovereign green bonds for public sector projects remain positive for central public sector undertakings (CPSUs).  This will also enable them to meet their funding requirements in renewable energy investments in a cost-competitive manner. The overall investment potential to meet the policy target of 500 GW capacity by 2030 has been estimated in the range of Rs 20-22 trillion. Additional investment of around Rs. 12-15 trillion may be needed by 2030 to augment transmission network and storage capacity.

With the focus on domestic manufacturing of cells and modules under the Atmanirbhar initiative to reduce import dependency in the long run, various policy measures have been announced over the past 18-24 months. These include the Production Linked Incentive (PLI) scheme, the CPSU scheme as well as duty protection through a basic customs duty (BCD).

The enhanced outlay in the PLI scheme by Rs 195 billion in the Budget is estimated to support further incremental investments in integrated module manufacturing facilities of around 40 GW over the medium term. Nonetheless, the import dependency for inputs is likely to continue for most of the domestic module manufacturers over the next two to three-year periods. This would, in turn, help augment the domestic integrated module-manufacturing capabilities. Timely implementation of such measure, as well as execution of manufacturing capacities under the scheme by the winning bidders in the PLI scheme, would also remain a key monitorable.

The inclusion of energy storage systems under the infrastructure category is also a positive measure, which should further encourage investments in storage systems by facilitating the availability of credit towards them. This is important given that storage capacity is essential to ensure efficient integration of renewable energy generation within the grid, especially with an increasing share of RE in the country’s energy mix, going forward.

The focus on clean technology in transport and supportive measures for electric vehicle (EV) adoption are also positives for the renewable sector. Moreover, the extension of the timeline for commencing production for the concessional tax regime at 15 percent to March 31, 2024, from March 31, 2023, is positive for the new power generation units. This would further support fresh investments in the renewable sector. Further, the Government’s increased capital expenditure allocation in the Budget is likely to boost energy demand growth in the country, which is estimated at about 6.0-6.5 percent for FY2023.

On the flip side, the weak financial profile of state-owned distribution utilities (discoms) continues to remain a key area of concern for the entire value chain in the power sector. Achieving a sustained financial turnaround in the state-owned discoms thus remains critical to achieving the RE capacity targets announced by the Government. This would require a proactive initiative by the state discoms on operational efficiency improvement and allowing timely pass-through of cost variations through tariffs to the consumers.

In this context, the provision of 0.5 percent in fiscal deficit for the states (tied to power sector reforms), should enable them to undertake reform measures for improving the financial position of state-owned distribution utilities. In this context, timely implementation of capex measures for strengthening the distribution network under the “reforms-based and results-linked” scheme by the state-owned discoms remains critical.

THE CORONAS RELEASE ‘LIGHT ME UP’ SINGLE