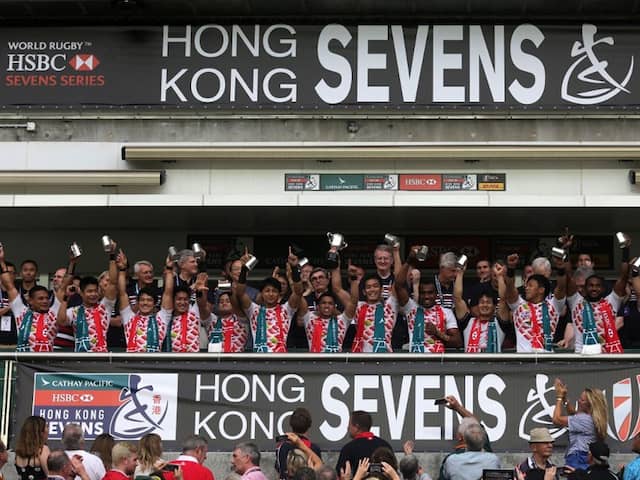 The flagship Hong Kong Sevens tournament was among the five events called off.© AFP


The remainder of this year’s World Rugby Sevens Series has been cancelled over the coronavirus, the sport’s governing body said on Tuesday, with the flagship Hong Kong tournament among five events called off. Tournaments in Langford in Canada, London, Paris, Singapore and Hong Kong will not be played this year, with the men’s and women’s titles both awarded to pacesetters New Zealand. “The decision follows detailed and constructive dialogue with the host and participating unions, and has been taken with the health and wellbeing of the rugby community and the wider public as top priority,” a World Rugby statement said.

Hong Kong had been due to be the final stop of the rejigged sevens calendar after it was moved from its traditional April slot because of the pandemic.

The Hong Kong Sevens, which has been held every year since 1976, is an important source of revenue and prestige for the city which has also endured severe political upheaval over the past year.

The colourful, three-day tournament is the signature event of the World Sevens Series and was a driving force behind rugby’s return to the Olympics in 2016.

“While it is very disappointing for players, fans, organisers and everyone involved to have to cancel these events due to the global COVID-19 pandemic, the health and wellbeing of the rugby community and wider society remains the number one priority,” said World Rugby chairman Bill Beaumont.

“These difficult decisions have been taken following detailed consultation with our union partners and in line with advice from the various government and public health agencies around the world.”

ByteDance says China will have to approve its US TikTok deal