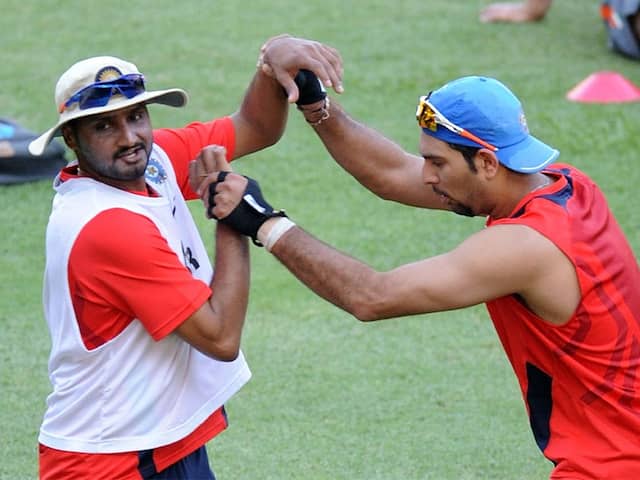 Yuvraj Singh and Harbhajan Singh recalled a fight they had over a phone.© AFP


Yuvraj Singh, former India all-rounder, took to Instagram to share a throwback photo clicked by former India cricketer Rohan Gavaskar from one of his trips to Amsterdam. In the picture, Yuvraj Singh can be seen posing like he is taking a mirror selfie. “#throwback ! Trying to take a selfie in the mirror ? Not really , I think It’s taken by another #southpaw @rohangavaskar154 nice pic mate  #amsterdam,” Yuvraj Singh captioned the image. While fans came up with heart-warming messages for Yuvraj, veteran India off-spinner Harbhajan Singh noticed that it was the same phone that he and Yuvraj had fought over.

“Is this the same phone we fought for ??,” Harbhajan Singh commented on Yuvraj’s post.

In reply, Yuvraj confirmed that it was indeed the same phone over which both cricketers had fought.

“@harbhajan3 yes it’s the same phone that you fought with me for,” Yuvraj replied. 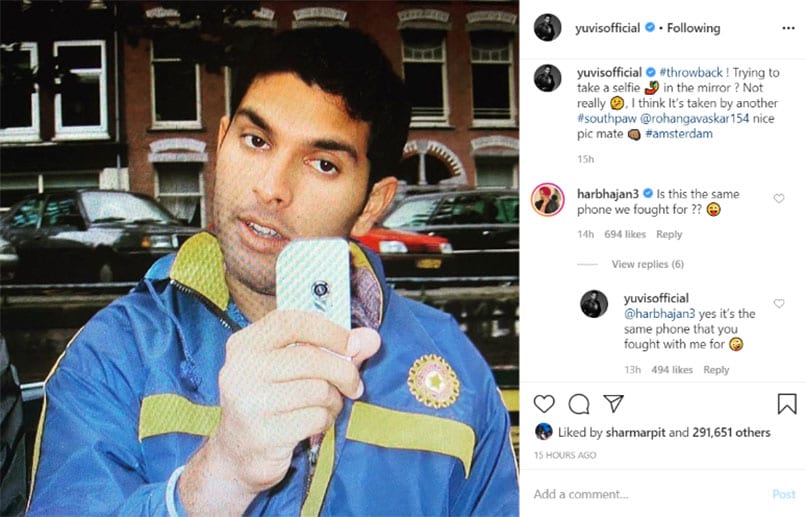 During the ongoing coronavirus pandemic, Yuvraj, much like other current and former cricketers, has been quite active on social media.

The 38-year-old former all-rounder has been posting throwback pictures and pulling other cricketer’s legs with amusing comments.

Yuvraj and Kevin Pietersen were recently engaged in a friendly banter over their favourite Premier League teams.

Yuvraj had also posted a throwback photo from 2002 along with his ex-teammates, which got then-captain Sourav Ganguly nostalgic.

Earlier this month, Yuvraj recalled his first meeting with India batting legend Sachin Tendulkar and said that he felt like he has shaken hands with god.