Yuzvendra Chahal took to Instagram on Friday to post a video of him bowling an impressive leg-spinner to knock over New Zealand batsman Martin Guptill’s off stump. West Indies batsman Chris Gayle left a comment on Chahal’s post and said that the leg-spinner has overstepped. “You overstepped the line, No ball!! Umpire,” Gayle commented. Chahal, who has played alongside Gayle in Indian Premier League during the left-hander’s stint with Royal Challengers Bangalore, hilariously took a cheeky dig Gayle for his comment. “haha uncle still last night effect?” Chahal replied. 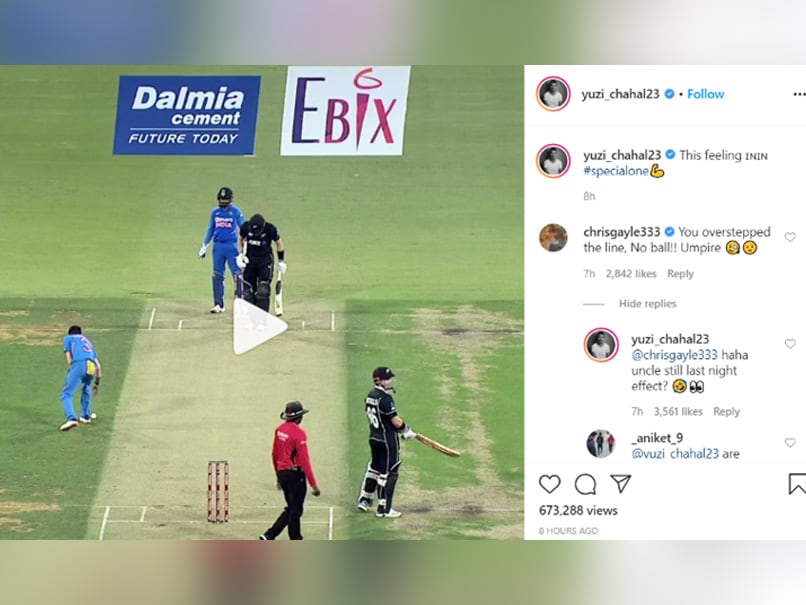 Chahal also showed a glimpse of the great camaraderie he shares with left-arm spinner Kuldeep Yadav.

In reply, the leg-spinner called Kuldeep his little brother. “trying to bowl like you my lil brother,” Chahal replied.

Yuzvendra Chahal, like other cricketers during the ongoing forced break from the game, has been quite active on social media.

Only three Afghanistan players made the list as the XI was majorly dominated by Indian players.

Recently, Rohit Sharma took to Instagram to troll Chahal for his outfit.

The leg-spinner had posted a photo of him last week and Rohit took a cheeky dig at his India teammate.

“Kapde ke andar tu hai ya kapda tere andar hai (Are you inside the clothes or are the clothes inside you),” Rohit asked Chahal.

Chahal would have been busy representing RCB in the 13th edition of the IPL but due to the coronavirus pandemic, the Board of Control for Cricket in India (BCCI) postponed the tournament indefinitely.